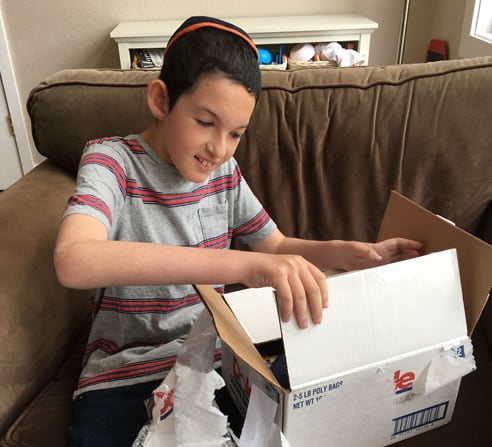 It wasn’t just an ordinary day. In fact, the day turned out to be extraordinary.

The sun was shining, and Chaim Boruch was sitting at the table playing his favorite game on his iPad. The sound of the mailbox opened and closed, and the thud of a box landing on the doorstep brought kids with curious faces to the door.

Chaim Boruch’s 7-year-old younger brother eagerly looked to see who the package was addressed to and saw the words: “Chaim Boruch Scop.”

“You’ve got mail!” shouted Sruly with excitement and delight.

The kids scrambled to the couch on the heels of Chaim Boruch, who was awkwardly balancing the large box with his weak arms—almost landing both the box and himself on the floor.

Chaim Boruch is part of a pilot program called “Kool to Be Kind,” where Chabad-run Gan Israel camps around the world partner with special-needs children so that these kids can become “virtual” campers. It’s an incredible opportunity to include children with special needs who wouldn’t necessarily be able to participate in a typical camp experience. At the same time, the program encourages children in camp to be sensitive and thoughtful towards others.

I’m not sure who was more excited about the mail arriving—Chaim Boruch or his siblings. (Or maybe it was me.) 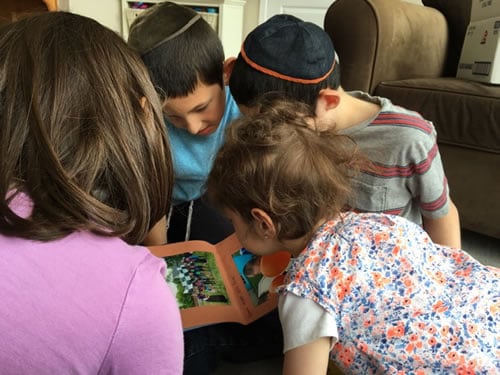 I looked at the scene and within seconds, I appreciated this team of happy commotion and love. Younger siblings helped Chaim Boruch open his gift from his “bunk” mates, all while Chaim Boruch experienced a moment that was simply all about him.

Chaim Boruch couldn’t unpack the box fast enough, and as we all shared our excitement with him, I couldn’t help notice the genuine happiness from the younger children. We sat together and read each card from the campers, looking at the photos of each new friend., Then he placed their gift to him—a brand-new, battery-operated school bus—on the floor, watching it ride, beep and flash its lights.

I thought the scene couldn’t get any better. But it did.

At the bottom of the box lay a neatly folded camp T-shirt with the Camp Gan Israel logo on it, along with a matching baseball cap. 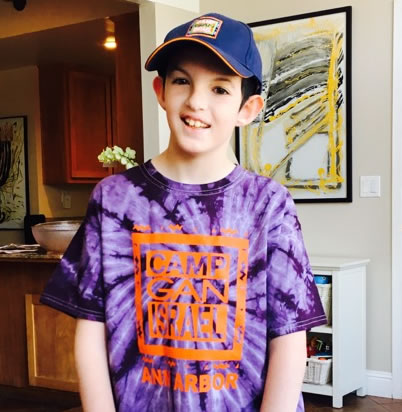 I’m not sure why these simple items brought tears to my eyes.  Was it my own memories of being a camper in Gan Israel as I started becoming more observant? Was it the nostalgia of singing and laughing, bonfires, overnights and challah-baking? Or was it the friendships made in camp that warmed my heart and that have stayed with me to this very day?

I swallowed hard and pushed aside the never-ending thoughts about his future and his friends . . . and simply soaked up the kindness.

And, in truth, just think about it.

One bunk in Ann Arbor, Michigan. One kid in Mill Valley, California. One dream come true. And one very KOOL opportunity to be KIND!