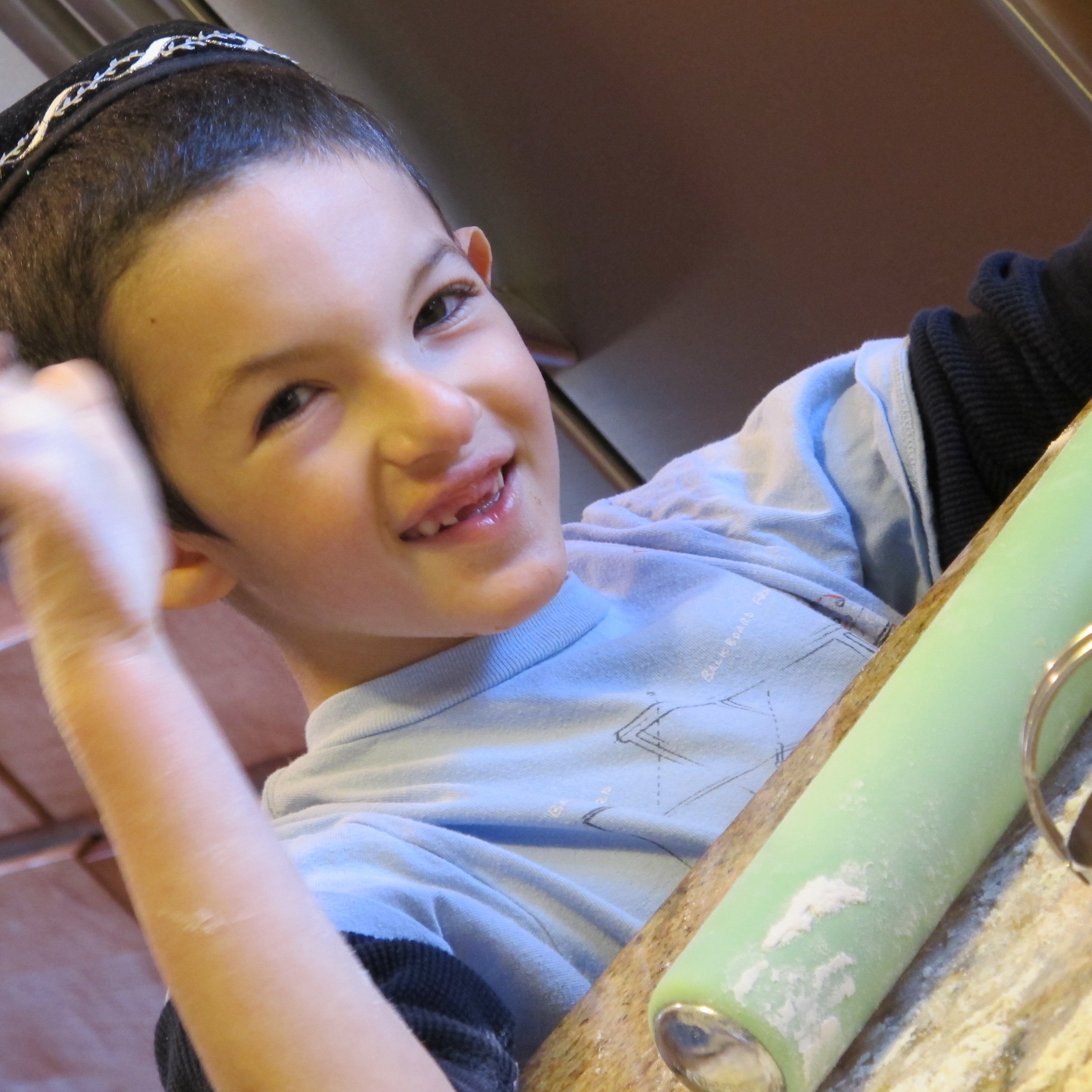 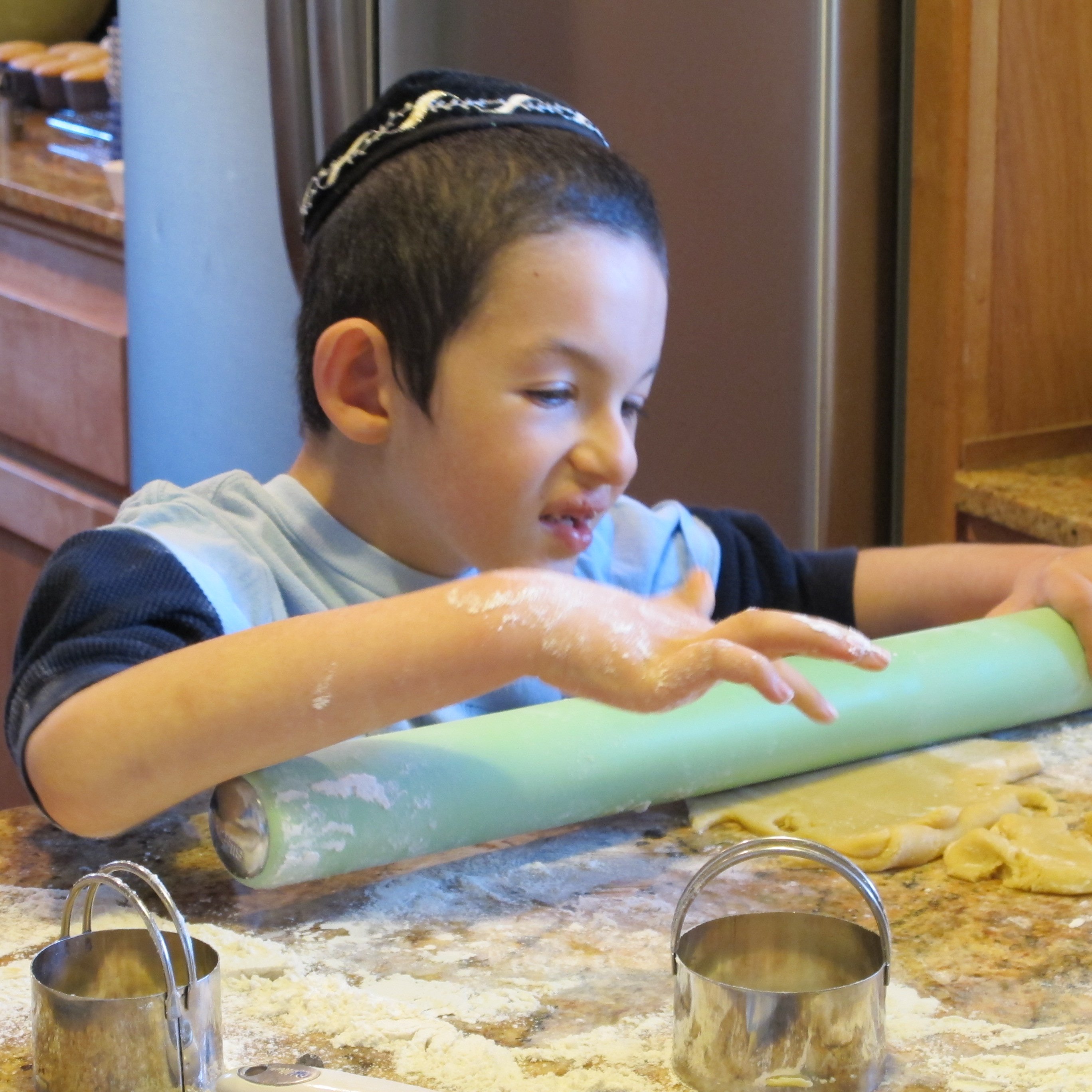 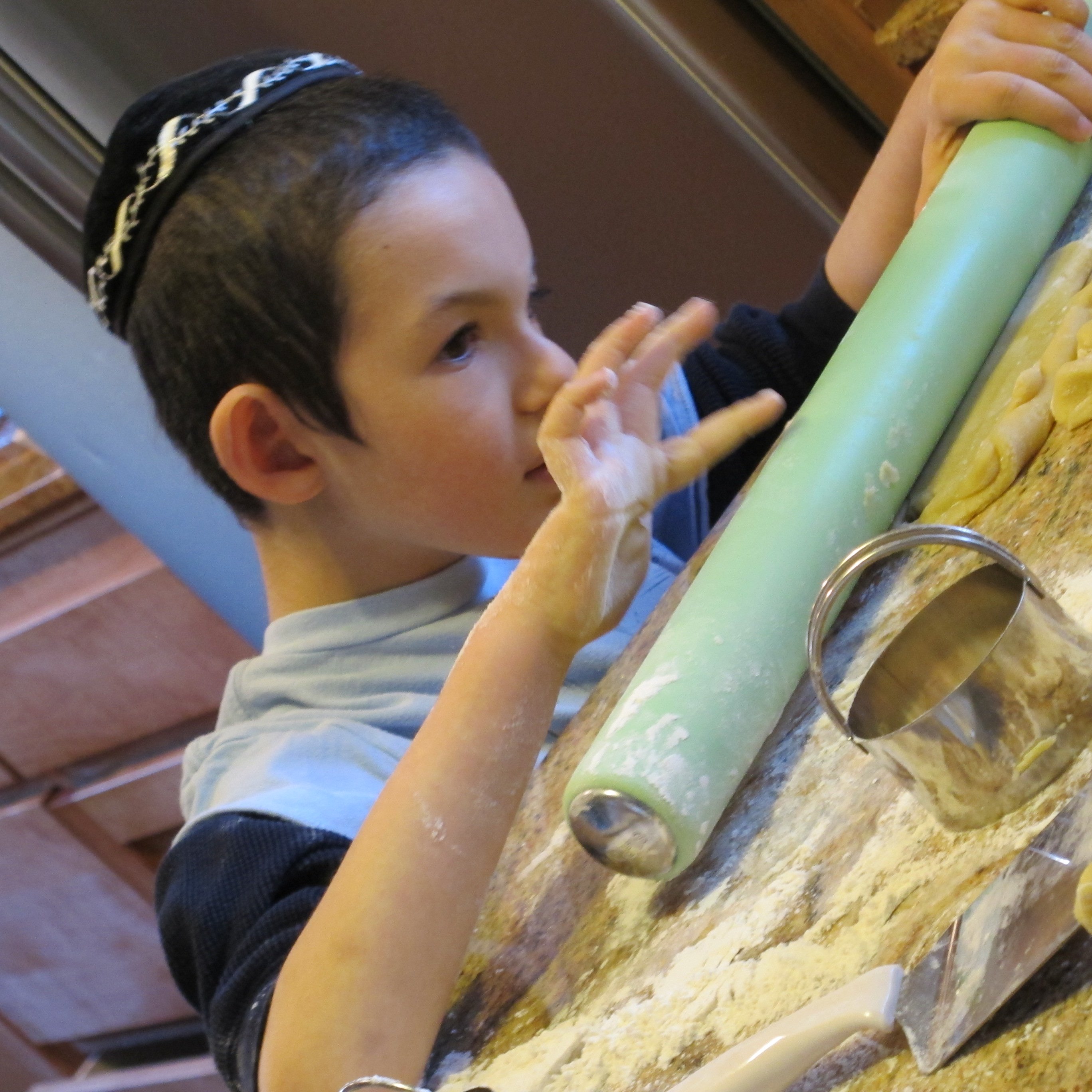 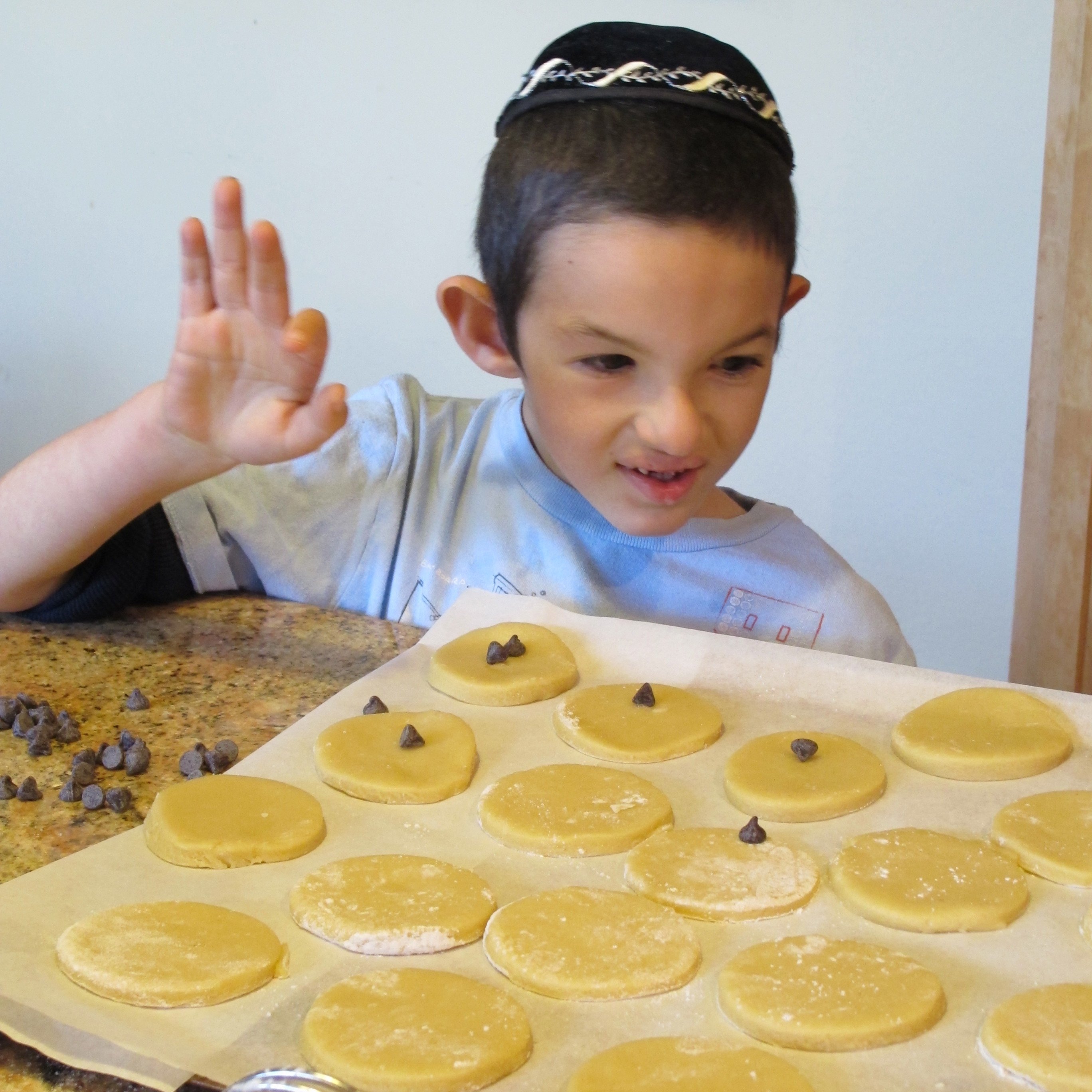 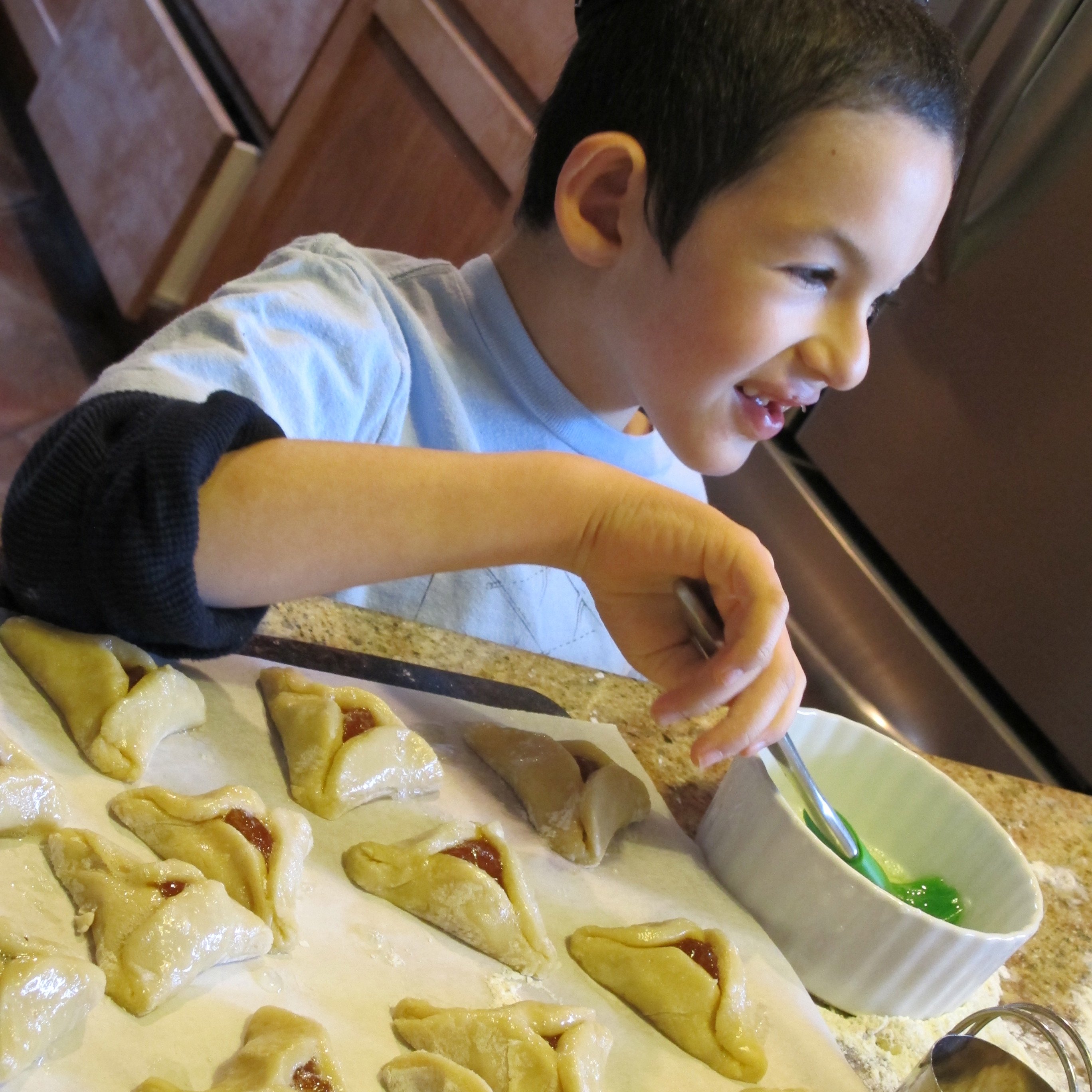 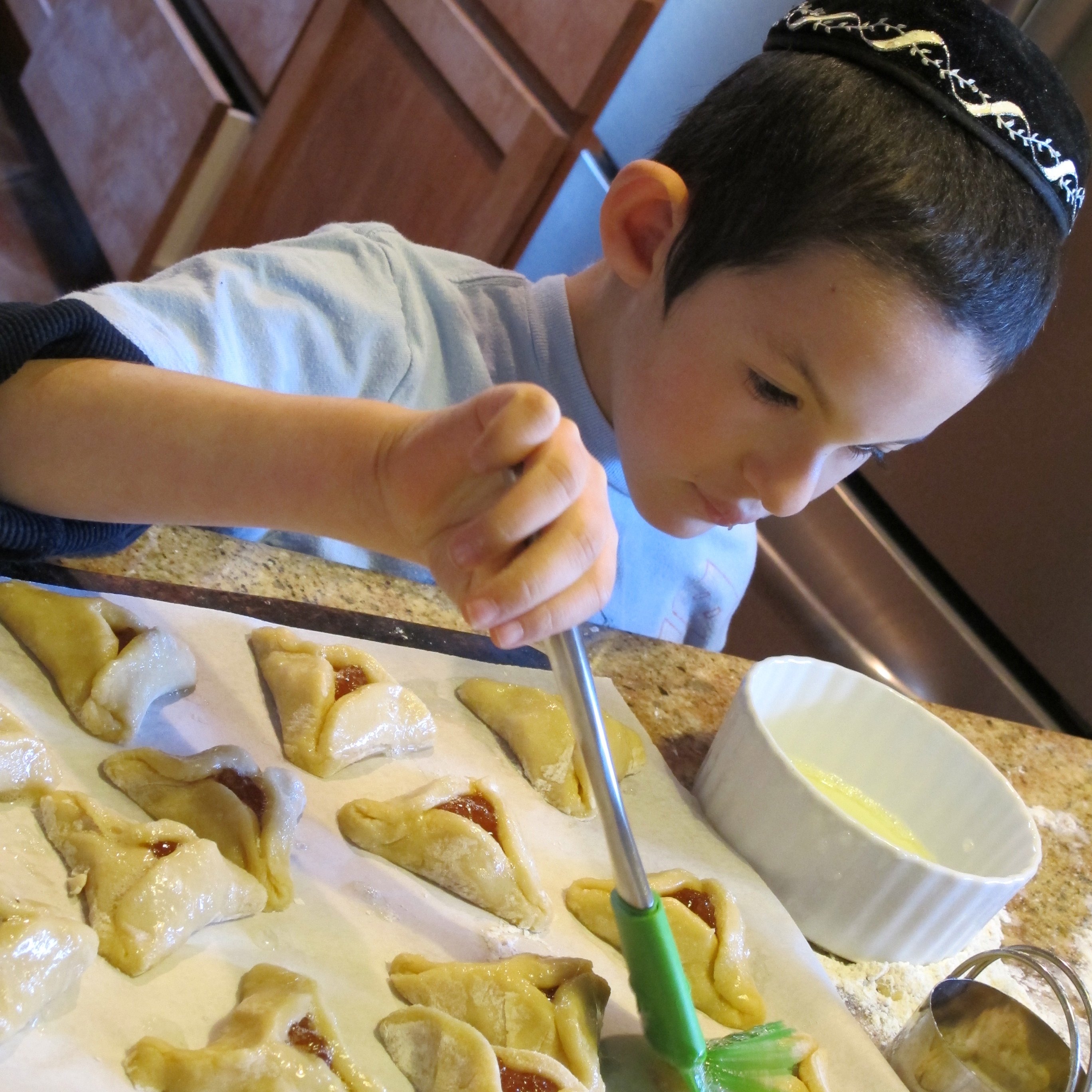 I was having a tough day. A list that was endless as I was trying to prepare for Purim.

I surveyed the scene and beyond the 150 boxes lined up on my dining room table and the mounds of nosh and bags and stickers…I saw more mounds of little piles of ‘life’ calling my name.

The laundry tried to scream my name but clearly was not on my ‘A’ list and even the piles of dishes did not murmur more than a whisper…they know me well!

But then there were these little eyes looking at me. Eyes that speak.

It happened to be a rare moment when just Chaim Boruch and I, were home alone.

And then I saw it.

I smiled at Chaim Boruch and asked him if he would like to bake Hamantashen with mommy for Purim.

He nodded yes. His nod really speaks volumes. You can see as his eyes shine bright and his smile emerges that yes…indeed…this was good thing to do!

Well. I’m not sure I ever baked Hamantashen the way I did yesterday. There was something different about this recipe…that I haven’t noticed before.

The flour was ‘dumped’ into the mixer with his little uncoordinated hands, gently braced by mine.

His interest at the eggs rolling on the counter top were gently steered to safer surfaces and the teaspoons of vanilla measured shakily…but only after we took deep smells of the calming aroma.

Yes. There was something different about this recipe.

A recipe that blocked out it’s surroundings. A recipe that focussed on every ingredient, ever spoon, every measuring cup…every step.

A recipe that included ingredients I had not seen before.

We giggled. We laughed. We had flour on our face.

A secret recipe from the cookbook of life.